TC Callahan (Eoin Macken) and the men and women of San Antonio Memorial are about to get a special surprise on Monday’s “The Night Shift.” 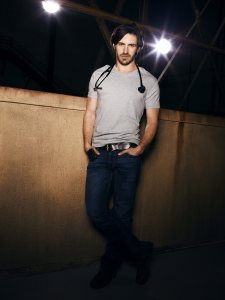 First Lady Michelle Obama and Dr. Jill Biden will appear on the NBC show, airing at 10/9c after “The Voice.” In their appearance, they’ll play themselves, thanking the doctors and nurses (many of the character on the show are military) of the fictional hospital for helping veterans, and getting the word out about how veterans and their families can get help and counselling at vet centers.

“I didn’t expect when I started doing this show that they’d send the Irish guy to Washington, to meet the First and Second ladies, so that was pretty cool,” Eoin told Access Hollywood. “It was quite an honor.”